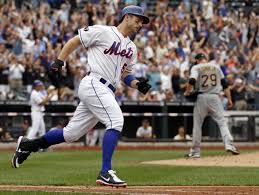 BREAKING- METS 3B DAVID WRIGHT SIGNS A 7-YEAR CONTRACT EXTENSION THROUGH 2020, WITH AN OPTION FOR 2021.  The Mets star needed to be extended because Johan Santana and R.A. Dickey, who both carried the team, might not have the type of season in 2013 that they did in 2012.  Wright is the face of the franchise in Flushing.  Good choice signing him long term.  He hits lots of doubles and homers.

Outfield to mound: help in both catagories 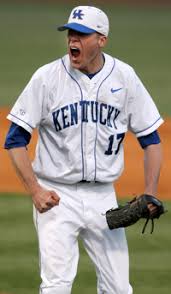 Speedy outfielder Denard Span was acquired by the Nationals in exchange for minor league pitcher Alex Meyer. Span’s catches make him look a bit like Kobe Bryant; he jumps up and then catches the ball. This will make competition between Atlanta tougher. Span is much, much speedier, and B.J. Upton, the Atlanta right fielder, is a better hitter In the picture above, he climbs the wall and shoves a ball into his glove. Span has the potential to be a gold glove winner. Meyer was in the Olympics and swam, but got drafted in 2011 by the Nats. He can be an all-star; and that’s exactly what Minnesota needs. SMART CHOICE BY MIKE RIZZO!

UP for a TON of tomahawk chops. 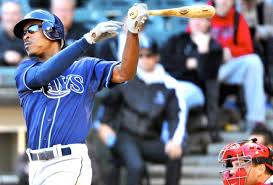 The Braves stunned Philadelphia by signing Tampa Bay Rays free agent B.J. Upton. The Phillies were believed to be so close to signing Upton, so the GM may be FURIOUS that their division rival pulled off signing Upton.

Braves centerfielder Michael Bourn is also a free agent this offseason.  Maybe Atlanta will trade Bourn to the D-Backs for B.J.’s brother, Justin Upton, who is the star on the D-Backs. If so, that will be the first time related people will be on the same team since Ken Griffey, Sr and Ken Griffey, Jr on the Seattle Mariners in 1997.

Congratulations to Atlanta, and the decision might upset Philadelphia throughout the winter (on top of the Carlos Ruiz suspension). Even though the Nats-Braves series doesn’t start until 6/25/13, the Nats will face the speediest power hitter in the game right now and for the next 5 years. But, the level of competition between Upton and Ryan Zimmerman might not be that fierce. Zimmerman happened to be on the same Little League team as Upton, and are old friends!

Keep reading Matt’s Bats for all Hot Stove news during the offseason!

Phillies All-Star catcher Carlos “Chooch” Ruiz got banned 25 games for taking Amphetamine, a MLB-banned drug that improves energy. Ruiz admitted his use of Amphetamine, and accepted his 25-game suspension. Ruiz’s suspension starts at the beginning of the 2013 regular season. However, he will be able to play in the 2013 spring training. April games are usually less important than September games, but it gets the Phillies off to a slower start.  But the Giants went on to win the World Series without Melky Cabrera, the All Star Game MVP, who was banned for 50 games for taking steroids, so Chooch’s suspension may not hurt the Phils that much in the long run.  And for Nationals fans, it matters even less– Washington does not play Philadelphia until May 24 (after the suspension).

Follow Matt’s Bats every morning for your Hot Stove news!

BREAKING NEWS- EVAN LONGORIA  SIGNS A CONTRACT WITH TAMPA BAY THROUGH THE 2022 SEASON, WITH AN OPTION FOR 2023. Yikes! THAT wasn’t supposed to happen! The Rays need their star badly because David Price and James Shields didn’t stand up for their team in 2012. Longo hit the home run on 9/28/11 to kick the Red Sox out of Wild Card contention and played the Yankees in the ALDS. He hit the jack off Mariano Rivera on 4/5/12 that won the game. (9/28/11 and 4/5/12 were against the Yanks.) 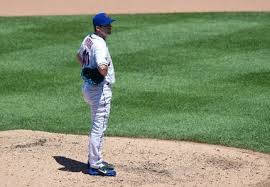 The Mets traded cash considerations to the A’s for utility outfielder Brandon Hicks. They also got minor league pitcher Tim Byrdak on their 2013 roster. Hicks hits eventual walk-off home runs and Byrdak throws quality relief outings. THE METS NEED SERIOUS HELP IN THEIR BULLPEN!!!!!! The GM made an awesome choice trading for Hicks and adding Byrdak.

now burriss is out of the burrow

Now that manager John Farrell shifts over to Boston, the Toronto Blue Jays went on a brief hunt for the perfect manager. One that doesn’t “monkey” around. John Gibbons (you get it, monkey, gibbons!) was hired as manager for the north-of-the-border team. He will practically manage the Yankees because of the Jays’ pickups. 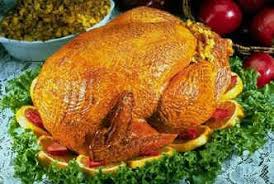 The Tampa Bay Devil Rays, Milwaukee Brewers, Cincinnati Reds, Washington Nationals, and the Oakland Athletics all had a taste of Jonny Gomes. Add the Boston Red Sox. He signed a 2-year deal with them on Wednesday and celebrates Thanksgiving as a Red Sock. Happy Turkey Day from (the best) 8-year old sports writer, Matt’s Bats!

The Orioles and Seattle Mariners pulled off a stunning, stunning deal. Infielder Robert Andino heads to Seattle, while outfielder Trayvon Robinson goes to Baltimore. The M’s are looking to shift Andino to shortstop while Robinson is probably still going to roam left field, making catches and jumping, and I mean JUMPING into the stands in an emergency. Lucky O’s. A little message: MIKE RIZZO PLEASE  SIGN LAROCHE!!!!!!!!!!!!!!!!!!!!

« older posts | back to blog home |
Theme: MLB “pro” | Get a free blog at WordPress.com