Oakland Athletics sign Japanese shortstop Hiroyuki Nakajima. He agreed to terms with a 2 year deal, with a club option for 2015. He would get $11.0 million dollars plus the option (6.5 million without). This is the second straight year the A’s got a prospect from a foreign country, with the signing of Cuba’s Yoenis Cespedes last year. This is a good sign for A’s fans, and the combo of Cespedes, Josh Reddick, Coco Crisp, and Nakajima will dominate the AL West.

The Detroit Tigers resign pitcher Anibal Sanchez to a 5 year, $80m contract. This affects the Nationals because when he played for Florida, he and Josh Johnson enjoyed shutting down the Nats.

When a rumor spread that Sanchez signed with the Cubs, I thought “Oh man! We were so close to being done with him”! Now we can all let out that breath.

Late last night, MattsBats noticed on Twitter that Edwin Jackson’s soon-to-be-wife was sending tweets about being in San Diego.  We noticed her message and wrote to ask whether Edwin Jackson is now a Padre.  Her response was “nope just out here for my bachelorette party….”

So no news on where the former Nats #4 will land this offseason, but we are working hard to find out.  And when we do, we’ll be sure to report on it.  And if turns out to be San Diego, remember, you heard it here first!

There have been rumors that if R.A. Dickey gets traded, Noah Syndergaard will go to New York with C John Buck. That will minus 1 player from the block buster Marlins deal. 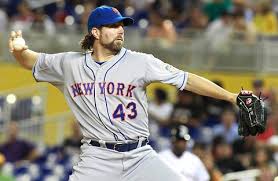 There are trade rumors that R.A. Dickey is likely to land in Toronto. If that happens, the rotation will be Romero, Morrow, Johnson, Buehrle, and Dickey. The Jays would trade catcher J.P. Arencibia and right fielder Anthony Gose, according to the New York Daily Post. But Yahoo!.com says that prospect Travis d’Arnaud will be traded instead of  Arencibia. I think that the Blue Jays and LA will play in the World Series in 2013.

The Anaheim Angels sign free agent outfielder Josh Hamilton. He signed a 5-year, $124m contract. Hamilton was a MVP back in 2010 and was a big name in the free agent market. The biggest.

Facing Hamilton will not be fun for pitchers in the AL West, but many of them know him and his approach from Texas (except the ones from the Houston Astros, who are joining the AL from the NL this year).  Anyway, I feel bad for former Nats 3B coach Bo Porter who is starting next season as the new Astros manager– his first time managing in the major leagues.

This is a big loss for the Rangers, but they won’t have to worry too much because they have rising star Jurickson Profar.

Who will Texas get to replace Hamilton in the meantime?  Is it Profar?  Or will they make a run for Michael Bourn?

Or maybe Nationals fans should worry that they’ll take a look at Adam LaRoche and his big left handed bat to replace Hamilton. I hope the Nationals sign him soon!

The Angels have put together a pretty huge lineup, including Albert Pujols and Mike Trout, and now Josh Hamilton too!

With the Dodgers and Angels both going on big spending sprees this offseason, it looks like the road to the World Series goes through Los Angeles.  It makes the Miami Marlins-Toronto Blue Jays dealings seem small. 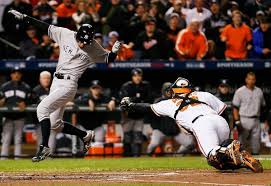 The New York Yankees are finalizing a deal with right fielder Ichiro Suzuki. Suzuki holds the record for hits in a year (258) by a Japanese player.

The Cleveland Indians, Arizona Diamondbacks, and the Cincinnati Reds complete a 3 team, 9 player trade including rookie pitcher Trevor Bauer. Matt Albers, Lars Anderson, Bauer, Bryan Shaw, and Drew Stubbs go to Cleveland, Shin-Soo Choo and Jason Donald go to Cincinnati, and Didi Gregorius and Tony Sipp go to Arizona. This affects the National and American Leagues because Bauer throws fast, and so fast you’ll argue with Terry Francona to replace him with Heath Bell.  Stubbs is the 4th best arm in the outfield, behind Josh Reddick, Jeff Francoeur, and Bryce Harper. The winning team in the trade is the Indians.

The New York Yankees agree to a one year, $12m deal with free agent 3B/1B Kevin Youkillis.  Youkillis will play third for the Yanks, taking over for injured A-Rod while he recovers from surgery.  Mark Texeira will remain at first base.

I think this is an upgrade over A-Rod.  Both Youk and A-Rod are in their mid-30s and probably near the end of their professional careers.  But A-Rod was not up to his former self in the Yankees run to the crown in 2012.  I like Brian Cashman’s choice to bring in Youkillis.

Of course, the Yankees and Red Sox (where Youkillis made his name) are extreme rivals.  How will Yankees fans feel having a former Red Sock in their midst?  How will this change the NY-BOS rivalry?

By taking Youkillis, who used to play 1B, off the market, this narrows the field of prime first basemen available.  Mark Reynolds, Mike Napoli, Kevin Youkillis– all signed with other teams this winter.  It also limits the options Adam LaRoche has to sign with another team.  So this is actually a good development for the Nationals.  It makes it more likely that LaRoche will re-sign with the Nationals and play first base in 2013.

Dodgers GM Ned Colletti signed Korean left handed pitcher Hyun-Jin Ryu for 6 years, 36m. Ryu represents South Korea in the 2013 World Baseball Classic. He has All-Star potential. Ryu is dominant and can be counted on to pitch 6, 7 or 8 innings each start.  This should take some pressure off the Dodgers bullpen. Nice sign by the LA Dodgers! 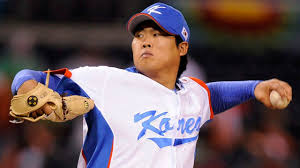 THE MAIN PART OF THE DEAL

LA DODGERS ANNOUNCE A SIX-YEAR, $147M DEAL WITH 2009 AL CY YOUNG WINNER RHP ZACK GREINKE.  THE TRIO OF CLAYTON KERSHAW, ZACK GREINKE, AND HYUN-JIN RYU MAY BE THE BEST STARTING 3 IN MLB…UNLESS YOU LOOK EAST TO THE WASHINGTON NATIONALS’ STRASBURG, GONZALEZ AND ZIMMERMANN.  (AND ADD HAREN AND DETWILER, AND I STILL THINK THE NATIONALS HAVE THE BEST STARTING ROTATION IN THE MAJORS).