No One Elected to Hall of Fame!!?? 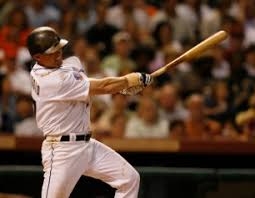 Yesterday, sportswriters from all over the US and Canada voted in the National Baseball Hall of Fame election. In a surprise, NO ONE received enough votes to be inducted.  Craig Biggio got the most votes, but his 62.8 votes meant that no one is going to Cooperstown in 2013.

Sadly, OF Dale Murphy was in his last year of eligibility and will not be able to return to the 2014 ballot.

This is only the sixth time that nobody on the ballot got inducted in to the hall of fame. For more info click here.