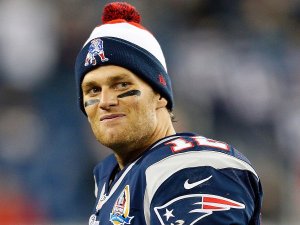 Recently, controversy surrounded Tom Brady, Bill Belichick and the rest of the New England Patriots after they supposedly deflated their footballs in the AFC Title Game.  The deflated footballs gave the Patriots an advantage because they were easier to catch and throw.  Whether you believe the Patriots really cheated or not, we have to remember that lying and cheating to win is not a good thing and ruins the character of the game.  But the pressure to win (and cheat) isn’t only found in football. Baseball also has had cheaters every once in a while. Here are some of the most notorious cheaters in baseball (that were caught) and their punishments. (Roger Goodell, if you are reading this, take note. You may get some ideas at the end.)

In the same year that Russ Hodges made his famous call “The Giants Win The Pennant! The Giants win the pennant!,” the orange and black may have earned their win in a sneaky way. Several Giants players later admitted that they were stealing signs from opposing teams during their National League Pennant-winning season in ’51.  This gave them a clear advantage because the hitters knew which pitch they were going to get.  Even though the Giants lost to the Yankees in the World Series that year, the team still played really well all season.  The stealing signs story was confirmed 50 years after their Pennant winning season, but the team was never punished.

One of Baltimore’s most controversial sports figures was Rafael Palmeiro.  After MLB instituted their new drug policy in 2004, which included random testing and mandated sentences for steroid use, Palmeiro was the first major baseball player to be caught by the rules in August 2005.  He was suspended for 10 days for his first offense.  Although in public hearings and in newspaper reports Palmeiro strongly denies that he actually did take them, his former Rangers teammate Jose Canseco said in his 2005 book Juiced that Canseco personally injected Palmeiro with PEDs.  Its hard to know who is telling the truth, but the fact remains that Palmeiro tested positive for illegal substances.

During the early 1900s, baseball was huge. The World Series, a brand new thing, was as popular as the Super Bowl is now, and young American children looked up to stars like Babe Ruth and Joe Jackson. That’s why this scandal was so disappointing to many Americans.  In the 1919 World Series, the White Sox played against Cincinnati, and Cincy won the Series.  It was later revealed that 8 of the White Sox players purposely played poorly to lose their games.  They threw the games to get money from gamblers.  After the bet was figured out, nine men were kicked out of baseball for life, 8 White Sox and 1 St. Louis Brown. They were: Eddie Cicotte, Oscar “Happy” Felsch, Arnold “Chick” Gandil, “Shoeless”Joe Jackson, Fred McMullin, Charles “Swede” Risberg, George “Buck” Weaver, Claude “Lefty” Williams for Chicago, and Joe Gedeon for the Browns.

The Pete Rose situation is what most people think of when thinking about cheating in baseball. Pete Rose is one of the all-time best baseball players.  He is the all-time leader in hits and games played, among other titles.  He won 3 World Series rings, 3 batting titles, 1 MVP Award, 2 Golden Gloves, and Rookie of the Year in 1963.  However, his reputation was ruined when it was discovered that he had bet on baseball games while he played for and managed the Reds in the mid-late 1980s.  Pete Rose was permanently banned from baseball in 1989.  Because of his ban from baseball, Rose is not allowed to be elected into the Baseball Hall of Fame.  This is one of the most controversial subjects in baseball history.

Cleveland Indians, 1994, You Have To Work To Take The Cork

Albert Belle was a slugger for the Indians back in the 1990’s. On July 15, 1994, the Indians were playing the White Sox at Comiskey Park. In the first inning, Sox manager Gene Lamont got a tip that Belle was using a corked bat.  Lamont then challenged Belle’s bat and it was sent to the Umpire’s Dressing Room. The Indians knew that Belle’s bat was corked so they sent reliever Jason Grimsley to get the illegal bat and swap it with a legal one.  In a scene straight from a movie, Grimsley tunneled, with a flashlight in his mouth, through a false ceiling to get into the Umpire’s Dressing Room.  He was able to make the switch.  The team was caught, though, when the umpires noticed that the bats were different and saw pieces of ceiling on the floor.  MLB gave Belle a 10 game suspension for using the corked bat.  Grimsley’s part in the story wasn’t revealed until 1999.

Seattle Mariners, 1982, Doctor, Doctor, Give Me The News

After the spitball was banned in 1920, there was a nice long period of time where pitchers relied on fastballs, breakers, and changeups. That changed when Gaylord Perry came around. Perry used Vaseline to doctor his baseballs.  The real mystery is that he didn’t get ejected for doctoring a baseball until his 21st season of playing baseball in 1982. Either he was really sneaky or the umpires didn’t care.

After that, it’s time for a question. Who do you think is going to win the Super Bowl? Answer this poll to give me your take. I have to say, Seahawks all the way!