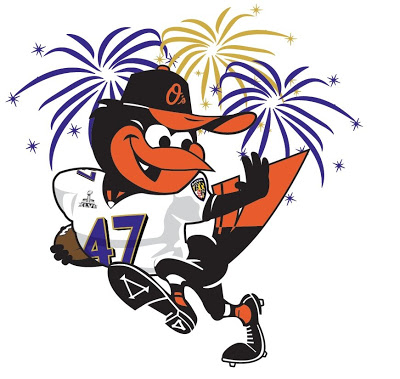 I stayed up to watch the whole Super Bowl. The winner was the Baltimore Ravens, and they played the San Francisco 49ers. In a battle between the coach brothers, Jim Harbaugh (49ers) and John Harbaugh (Ravens), this game was a thriller.  But it didn’t look like it would be a close game until the third quarter.

In the first quarter, Anquan Boldin sparked the game for Baltimore when Joe Flacco threw a pass to him in the end zone and made it 6-0. When kicker Justin Tucker got the extra point, the Ravens were leading 7-0. The 49ers, however, made a field goal that quarter to drop the lead to 4. The 49ers got no touchdowns in the first quarter.  Disappointed San Francisco fans watched the Beyonce half time show thinking they were going to lose the game.

The Ravens managed to get two touchdowns in the 2nd quarter, one from postseason hero Jacoby Jones. The other one was a short pass from Flacco to Dennis Pitta. That was the quarter when most music fans got ready for the halftime show with Beyonce. A funny commercial came on during the break between the 2nd quarter and the Halftime show, but I’ll talk about it later.

Beyonce used a lot of fire to cover the Mercedes-Benz Superdome during her halftime show presented by Pepsi. She was also very high-tech. The CBS camera was literally shaking when it covered the fans on the field. Beyonce is very popular in New Orleans, I guess.

The only entertainment the spectators at the Superdome didn’t see was the famous Super Bowl commercials. However, I was very disappointed that the commercials weren’t as funny as past years. My favorite five were the wedding dress Doritos, the Hyundai one with the fat guy on the motorcycle, the Doritos-eating goat, the Cracking Gangnam Style, and the Despicable Me 2 Football kicker.

I loved the suspense and the silliness of the 3rd quarter. It started with the 109 yard kickoff return touchdown by the hero Jacoby Jones. IT WAS THE LONGEST KICKOFF RETURN TD IN NFL HISTORY!! 15 minutes later, half the power at the Superdome flicked out for 34 minutes. It seemed like the Superdome had Pepco!  Entergy New Orleans, the real power company for the Superdome, raced to get the power back on. I thought that the power would not return and Super Bowl XLVII would never come back. Finally the power came back on and nobody was hurt. Except for the Ravens.  San Francisco scored 17 points very quickly. It started looking like the 49ers would pull off an upset and bring both the Lombardi trophy and the World Series trophy to the city by the bay. 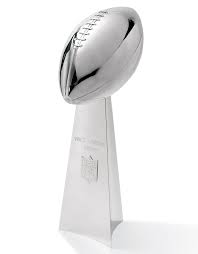 At the beginning of the 2012 season, did anyone expect the Super Bowl to be between the 49ers and the Ravens?  Yesterday’s match was an underdog match, and the Ravens ended up defeating the 49ers 34-31.

But the best new of all– football season is officially over and it is time for baseball season!
SIX DAYS UNTIL PITCHERS AND CATCHERS REPORT!!