Home › Uncategorized › A Friday In Baseball

A Friday In Baseball 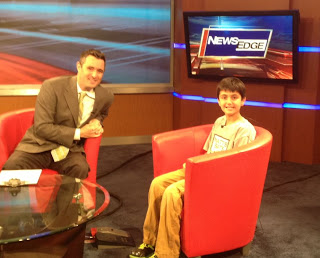 The Nationals take on Tim Hudson and the Braves today at Nationals Park.  The game will be shown on FOX starting at about 1:00.  But when it’s over, DON’T TURN OFF THE TV.  I will be on FOX 5’s Post-Game show right after the game at about 4:00 pm. Please watch it!  We taped the interview yesterday.  I talk about the Nats and other interesting stories in baseball.

Last night, the Nationals showed problems with the bullpen.  This is a topic I talked about with Dave Ross in the Fox interview before the game.  Tyler Clippard, Drew Storen and Craig Stammen all gave up walks and runs, but Detwiler had an amazing game.  In the end, Ramiro Pena hit a 2-run homer in the to push the Braves over the Nationals, 6-4.

Here’s what else happened around the league on Friday night:

Let other baseball fans know about my blog (www.mattsbats.com) and Twitter (@MattsBats).  I love getting new followers and RTs.  If you want to receive an email whenever there is a new post you can SUBSCRIBE HERE.