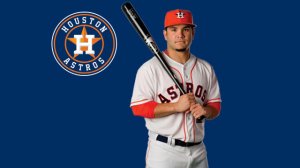 The Nationals’ series against the San Diego Padres cost them a lot. The bullpen struggled in the Friday game, and the Nats lost a one-run game in 12 innings. Bryce Harper jammed his thumb and left the game in the 11-1 win, but then the Nats only scored  6 runs in the next two games, winning only one of them.  He will be on the DL until July now!  San Diego isn’t a very good team at all! This was a good chance to put a few Curly W’s in the win column.

Luckily, the Nats have a light week, as they go to Houston and Philadelphia.  They had Monday off and they rest on Thursday too between the series.  This series, the Nationals will also welcome back Ryan Mattheus to their bullpen.  I’m a fan of his.

The Houston Astros’ last series against the Nationals was in August 2012, when the Nats visited Minute Maid Park when the Astros were a National League team. In that series, Gio Gonzalez hit his first MLB homer and Roger Bernadina made his unforgettable game-saving catch in left that sparked Michael Morse to dub Bernadina “The Shark.” Nowadays, the team is a part of the American League West division and its Trans-Texas rivals, the Rangers, who play in Dallas, are in the same league and division than Houston. Former Nats 3rd base coach Bo Porter is on Houston as their manager. As the Nats get ready to play Houston at 8:00 PM tomorrow and Wednesday, let’s see what Houston has in store for us.

Scouting the Astros The Astros are at the bottom of the AL West Division, and the whole American League.  They have won more games than only the Chicago Cubs and Arizona Diamondbacks.  Take a look at Houston’s roster and only the true fan will recognize more than 3 names on the list.  But the players you may have heard of, like Jose Altuve and former Nats call-up Brad Peacock, are pretty good.  They have managed to win 9 games of the 26 they have already played.  They face off this week against the Nationals’ Gio Gonzalez on Tuesday and Jordan Zimmermann on Wednesday.  Luckily for them, Gio will not be batting, as the DH rule is in effect.

As for the Official Matt’s Bats Twitter hastag for this series, I was thinking #BlastTheAstros or #SmashTheStros. Tweet me at @MattsBats using the one you like best.