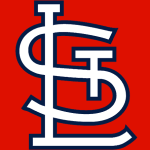 I was very excited and surprised as the Nats beat San Francisco 3 out of 4. I thought it would be the other way around!  The Nats played all-around great baseball during the series, and things just slipped in game 4 in a 7-1 loss. This 3 out of 4 game win was a great result against the team with the best record in Major League baseball.

The tough road trip continues, but is turned down a maybe notch as the Nats stop in St. Louis on the way home to conclude the 10 game road trip.  The St. Louis Cardinals are always a tough opponent for the Nationals, but they are probably an easier team to beat than the Giants.  When they get home on Tuesday, they play a weaker team in the Astros, but the Astros have actually been doing much better recently.

The Nats head in to STL winning 10 out of their last 13. However, a key offensive piece, Wilson Ramos, was placed on the 15-day DL on Wednesday. Sandy Leon was recalled, and he will be taking turns with Jose Lobaton behind the plate.

The Nats look like a ballclub who can take this series, but the Cardinals are hard to beat. St. Louis had a 30 inning streak from Saturday to Wednesday afternoon giving up no runs to their opponents.  They demolished the Rays in the first two games of that 3 game set. They also shut out the Blue Jays in the 2nd and 3rd games of the series north of the border, and the Blue Jays are a good team.

My prediction: the Nats will take games 1 and 2, I believe, and I think Jaime Garcia will juuuuust outmach Doug Fister on Sunday. I’m sorry to say, dads, but just like the moms, I predict your special day will be capped off with a Nats loss.

On a personal note, I think the way the Nats are playing will disappoint Team Rookie Mistakes in our fantasy league.  We have Cardinals pitchers Shelby Miller and Trevor Rosenthal.  Even though it would hurt our fantasy stats, I am hoping Miller gets the loss on Saturday to Strasburg, and that Rosenthal doesn’t have a chance to notch any saves.  Any way, Miller vs. Strasburg will be a pitching duel.  I hope that guys like Ian Desmond and Adam LaRoche, who we also have on our fantasy team, keep playing well and rack up the hitting stats to improve our spot in the standings. The Nats need to make the most out of every game, because in 5 days the Nats play a 4 game set against the current 2nd place Atlanta Braves.  This may be a battle for 1st place in the NL East.  Either team has the chance to gain some distance on the other, which makes next weekend’s series the most crucial series yet in 2014.

Finally, I want to thank everybody who has followed me on Twitter since December 2012. Today I got my 1,000th follower! This is my reaction when I saw what happened and read some of the tweets from today.

Wow! What an exciting day. I finished 4th grade and now have +1000 followers! Thanks everyone for the #FF! pic.twitter.com/3so5UyWtUn

#FF How does @MattsBats not have 1,000 followers yet? Best Nats blog out there. You won’t regret it

Get with it, twitter! RT @NLBeastNats: #FF How does @MattsBats not have 1,000 followers yet? Best Nats blog out there. You won’t regret it

#GetMattTo1000 RT @NLBeastNats: #FF How does @MattsBats not have 1,000 followers yet? Best Nats blog out there. You won’t regret it

Like Loading...
‹ Scouting Report- Washington Nationals at San Francisco Giants
Up in the Booth: How Does A Baseball Radio Broadcast Happen? ›