Yesterday, November 2, was the annual Breathe Deep DC event on the National Mall to raise money and awareness for lung cancer, sponsored by the lung cancer charity LUNGevity.  This is the event I raised money for last year and this year because my grandfather died of lung cancer.  Lung Cancer is the leading cancer killer in the US, but it is the least funded type of cancer.  It kills twice as many women than breast cancer does.

It was very windy and cold morning but it was great to see fourteen people that took time out of their Sunday morning to be part of Team Matt’s Bats to walk to help find a cure for this terrible disease.  I walked the entire 5K even though it was so cold and the wind was blowing so hard that it made it hard to carry my sign.

My team was pretty big this year.  More than a dozen people came out on Sunday and walked with my family, and there were many, many others who donated money online.  I want to say a BIG THANK YOU to them too!

I promised to give away a Tyler Clippard bobblehead to my supporters who donate.  I am sending an email to the person who won, and I will announce the winner on Twitter when I do.

Take a look at some of the pictures: 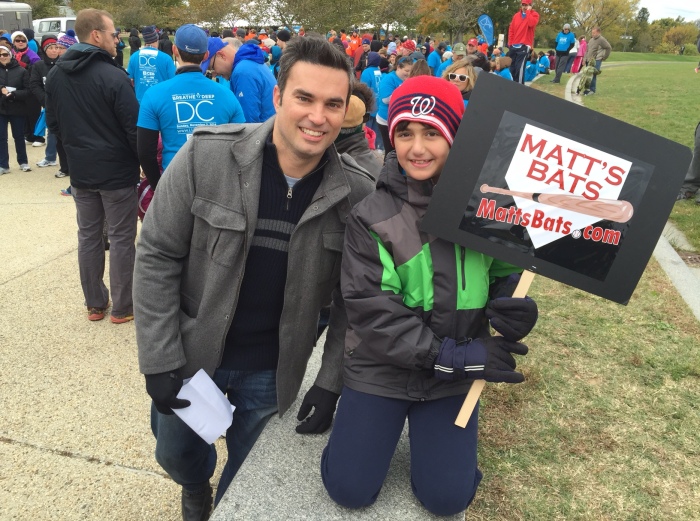 Happy to meet awesome boy who raised lots of $ for #lungcancer at today’s #BreatheDeepDC – @MattsBats#LCAM14#LCSMpic.twitter.com/BeQIQEPhR0 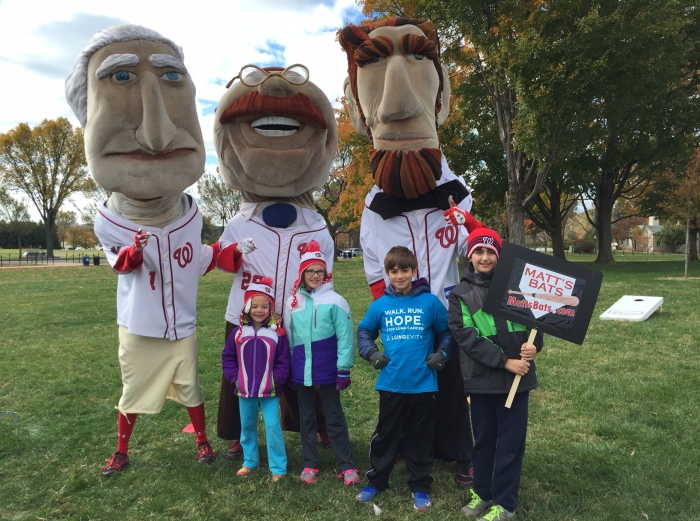 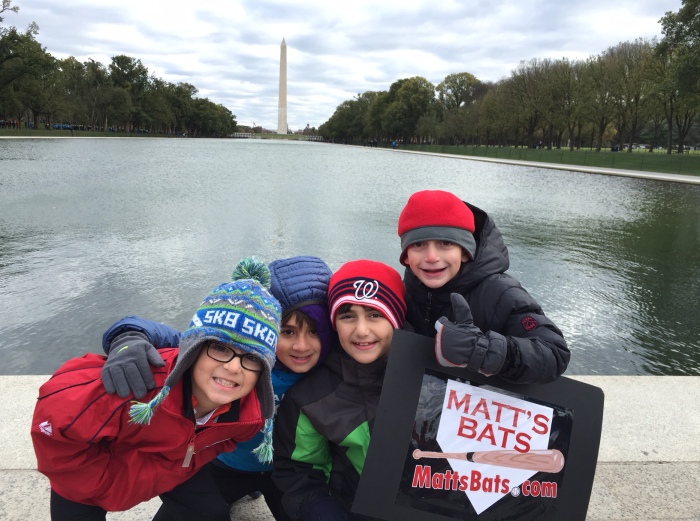