Home › Uncategorized › Will the Nats Heat Up in Hot-lanta?

Will the Nats Heat Up in Hot-lanta?

The Nats just completed a 4-game series against the Cincinnati Reds at Nationals Park and completed this homestand in which they faced difficult opponents from the NL Central, the Cardinals and the Reds.  They don’t play the Reds again this season.  The Nationals won the season series 4 games to 3.
I was at Sunday’s Nats-Reds game, the only game they lost in the home series against the Reds. If you missed the game, here are some highlights:

Now, the Nats head south to take on the NL East Divison rivals.  The Braves just got swept by the Detroit Tigers in interleague play.  They are on the kind of slump the Nationals were in when they last played each other about 2 weeks ago. 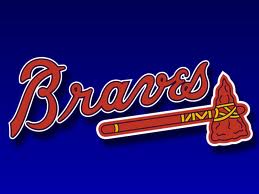 As the team plane travels to Hartsfield-Jackson, the Nationals need to find “The Upton Strategy.” And out of our luck, Mike Rizzo was once the General Manager of the Arizona Diamondbacks, Justin Upton’s former team. That means he could help us win.

If Justin or B.J. Upton hits a home run, the Braves usually win. If Bryce Harper hits a home run, the Nats usually win. If Paul Maholm pitches, the Braves are awesome. If Jordan Zimmermann pitches, the Nats are awesome. Wednesday will be a good game because Jordan Zimmermann is up on the hill against Paul Maholm. LaRoche needs to break his slump. Wilson Ramos will be off the 15-day Disabled List.

The Nationals bats, which have been sleepy most of April, stopped hibernation in the first three games against the Reds. That only seemed to last three days, though. As the team goes down to Georgia, will their bats heat up in Hot-Lanta? I just hope LaRoche’s offense wakes up soon.  He used to play for the Braves, so maybe he’ll feel comfortable there and start hitting the ball.