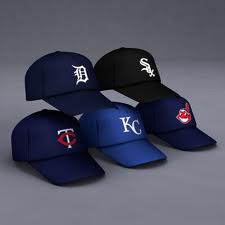 Last week, I wrote my predictions for the AL West and NL West Divisions.  This week it’s the Central.

Today I am previewing the American League Central division. The teams are the Detroit Tigers, the Chicago White Sox, the Minnesota Twins, the Kansas City Royals, and the Cleveland Indians.

My prediction last year was that Detroit would top the list, with Kansas City following, and then Cleveland in 3rd, Chicago in 4th, and Minnesota in 5th. It turned out, however, I only got the top pick right.  Detroit came in 1st, followed by Cleveland, Kansas City, Minnesota, and Chicago. It came as a surprise to me that Cleveland took one of the postseason Wild Card spots, but lost in the 1-game playoff and did not advance.

Long-time Twin Justin Moreneau moved to the Pirates at the trade deadline and then the Pirates traded him to the Rockies.  So the only really big name player on the team is Joe Mauer, who is kind out of his prime. Nats fans will remember Kurt Suzuki and Josh Willingham, who are now on the Twins.  The Twins also added pitcher Ricky Nolasco.  With some bright spots, the Twins are not expected to shine this year.

Some of the stars of the White Sox are Chris Sale, John Danks and (former Nationals 1B) Adam Dunn.  And don’t forget Paul Konerko, who is playing his last season for the Sox. The South Siders finished last in the Division in 2013, but I am predicting a slightly better finish this year.

I think the Indians’ 2013 season took everyone for surprise.  They finished 2nd in the Division and even nabbedone of the League’s 2 Wild Card Spots.  However, the Tribe lost the game to the Rays in the one-game playoff. Cleveland, backed by ace Justin Masterson, also has a lineup starring Michael Bourn, Nick Swisher and Carlos Santana.  This is a team that is very capable of winning in real life, even though they don’t have lots of the big names. Michael Brantley and Ryan Raburn posted great averages in 2o13.  They were surprise contenders in 2013, but this year I am picking them as third place.

Although they did not make the postseason, Kansas City proved themselves in 2013 to be a good ballclub. There is little chance they will top the Divison, but I think there is a better chance that they can claim one of the AL’s two Wild Card spots.  (If you want to have a little fun, click on the links on the links in the next sentence).  The Royals are one of the better teams in baseball.  The worst decision of 2013 was Wil Myers to the Rays, who ended up being the Rookie of the Year.  (Here is a link to a short post I wrote in 2012 about the trade for Myers).

My pick for top of the AL Center in 2014 should not come as a surprise.  Of course, I am predicting the Detroit Tigers to once again win the Division and possibly play again in the World Series.  The have a pitching rotation that includes some of the best in baseball, like Justin Verlander, Max Scherzer (AL Cy Young for 2013), and Anibal Sanchez.  They did trade Doug Fister this year to the Nationals in a trade that most of the baseball world just did not understand, and traded Prince Fielder for Ian Kinsler.  Also, they have some power bats in the name of Miguel Cabrera, Torii Hunter, Rajai Davis, and Alex Avila. The Tigers lineup might be the best in baseball.