Home › Uncategorized › The Ride Is Over

The Ride Is Over 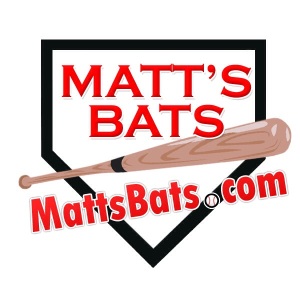 The baseball Division Series are over and the Championship Series will begin soon. In the American League, the Royals and Orioles took their respective games in sweep style against the Angels and Tigers.  In the National League, the Giants and Cardinals will square off in the NLCS, both Division games ending on Tuesday with 3-2 wins. This was the first time since 2009 that none of the Division Series featured a decisive Game 5.

To recap last night’s decisive Game 4 between the Giants and Nationals: It was a disappointing end to the season for Washington Nationals fans, who came into the series as the favorite, after having a NL-best 96 wins during the regular season, the NL East crown, and the privilege to play the #4 seed.  Sadly, no one in San Francisco not named Bryce could figure out Ryan Vogelsong, who was on his game last night. It isn’t a surprise he was- he is career 3-0 with a 1.19 ERA in the postseason and helped the Giants win the World Series in 2012.

Although it ended in such disappointment, what an amazing season the Nats had. Bryce’s performance in the post-season was very special.  He hit 3 monster home runs (including a splashdown in McCovey Cove) and played excellent defense. Anthony Rendon also continued his hitting dominance. Most of the Nats pitching–especially Jordan Zimmermann– was unhittable.  Unforturnately, the rest of the line up forgot to pack their bats for the postseason.

There was a lot of sloppy defense yesterday.  Gio Gonzalez allowed 2 unearned runs in the second inning off some fielding errors that allowed the Giants to get on the scoreboard early.  Most surprising was Aaron Barret walking in a run with bases loaded, then trying to intentionally walk a batter but threw a wild pitch.  It ended in a play at the plate and an out, but it was very ugly.  The Giants took the win with 3 runs that the Nationals basically handed to them based on bad defense.

There will be more to say about this game and the season later.  This is just my morning post the day after the season ended.  I feel disappointed that the rest of the country saw Nats play some of their worst hitting baseball of the season these past 4 games.  I am looking forward to 2015 though. So now the Nats are out I’m rooting for the underdog Royals to win the World Series.  National League fans are tired of season the same 2 or 3 teams in the World Series every year, and with none of the usual AL teams there (like the Tigers or Red Sox or Yankees), there is a good chance to root for a team like the Royals who haven’t been there in 30 years.

Keep reading my blog and following me on Twitter.  I already have some great posts planned for the off-season, including some things in October and November.